A brief history of the Public Health Service

For more than 200 years, men and women have served on the front lines of our nation’s public health in what is today called the Commissioned Corps of the U.S Public Health Service. The United States Public Health Service did not begin as an institution dedicated to public health. In fact, the concept of public health as it is known in the late 20th century did not exist when the first congress met in 1788 and appointed a committee to consider a bill providing for the establishments of hospitals for sick and disabled seamen. In July 16, 1798 the fifth congress passed an Act which was signed by the second President of the United States John Adams. Signed into law the “Act for the Relief of Sick and Disabled Seamen”. The Act authorized the deduction of twenty cents per month from wages of seamen, for the sole purpose of funding medical care for sick, and disabled seamen, as well as building additional hospitals for the treatment of seamen.

In 1799 a law was enacted which made naval officers, seamen, and marines beneficiaries of the Marine Hospital Fund, with the secretary of the navy making the pay deductions and contribution, a circumstance that endured until 1811 when the navy started its own hospital system. In 1801, the first hospital fully dedicated to the care of merchant sailors was purchased at Washington Post near Norfolk, VA. Other early marine hospitals were established in the port cities of Boston, MA, Newport, RI, New Orleans, LA, and Charleston, SC. The first permanent marine hospital was authorized to be built in Boston, MA in 1803.

In 1870 a bill was passed to centralized and reorganize the Marine Hospital Service, with its headquarters in Washington DC under the position of supervising surgeon. The act also raised the hospital tax from twenty cents to forty cents until 1884. John Maynard Woodworth was the first supervising surgeon. He studied natural history and medicine in Chicago, graduating from Rush Medical College in 1862 and joining the Union Army.  He quickly transformed the Marine Hospital Fund into a true system, the Marine Hospital Service.  Woodworth borrowed the military model which was the only extant of appointment to public office in the 1870 and adopted it to the service. He instituted examinations for applicants and implemented required uniforms for physicians. He created a cadre of mobile, career service physicians assigned to various marine hospitals. In 1873, his title was changed to Supervising Surgeon General. His innovations were but one aspect of period of portentous development in the nascent discipline of public health.

A yellow fever epidemic in New Orleans in 1877 that spread quickly up in the Mississippi valley resulted in the passage of the Quarantine Act of 1878. It was passed to prevent the introduction and spread of contagious and infectious disease in the United States and to establish a National Board of Health. They had 11 members 7 of which were appointed by the President, 3 were medical officers from the Navy, Marine Hospital Service and the Army, and the last member was representative from the Office of the Attorney General. In 1887 the Laboratory of Hygiene was created within Marine Hospital in Staten Island, NY to conduct research on cholera and several other infectious diseases. This lab later became the National Institute of Health.

In January 4, 1889 President Grover Cleveland signed an Act to regulate appointments in the Marine Hospital Service of the United States. This Act specified that medical officers of the Marine Hospital Service would thereafter be appointed by the President with advice and consent of the senate after passing a satisfactory examination. Congress organized corps officers along military lines with titles and pay corresponding to Navy and Army grades. Surgeon General John Hamilton campaigned for the name of the Marine Hospital to be change to Public Health Service. It would be several years later after his death that the name change would occur.

In 1936 Surgeon General Thomas Parran led the fight against venereal disease and paved the way for modern public health organization. He strengthen and extended the research programs at the National Institute of Health, established the Communicable Disease Center (now Center for Disease Control and Prevention, CDC) and participated in the planning of the World Health Organization. With the approach of the second world war, the programs of the PHS began to emphasize on military preparedness. In 1941 when the U.S Coast Guard was militarized, the PHS went to war as well. From 1941 – 1945, 663 medical, dental, engineer and nurse officer served with the Coast Guard, many sustaining injuries and four of them losing their lives. The war had an enormous impact on the PHS. Not only did the war require expansion of its programs and personnel, but the PHS Act of 1944.

The PHS Act of 1944 broadened the scope of the Commissioned Corps, allowing the commissioning of nurses, scientists, dieticians, physical therapists, sanitarians and veterinarians. Today the PHS continues to fulfil its mission to protect, promote, and advance the health and safety of the nation.   With a boost of over 6500 U.S Public Health Service Commissioned Corps officers working on the frontlines of public health – fighting disease, conducting research, and caring for patients in underserved and vulnerable communities. 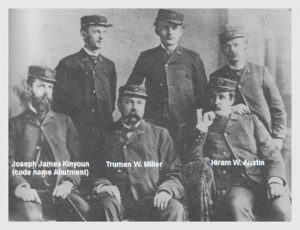 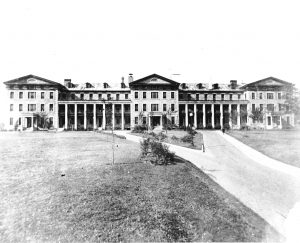 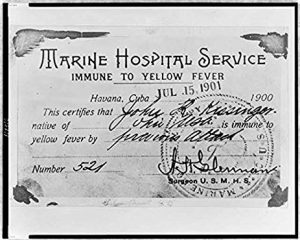