Inspiring Yourself and Others

“The role of a great leader is not to give greatness to human beings, but to help them extract the greatness they already have inside themselves” once said, J. Buchan.

If I were to ask you, “Do you think you are a leader?” what would you say? If you answered yes or no and I asked you “Why?”, what would you say? You see, leadership is sometimes complicated because everyone has their own personal definition of a real leader. To some, a leader is a team captain or a political figure. To others, a leader is someone who vows to make a difference or someone who is in charge. Well, everyone is right. Why? Because a leader is someone who is in charge, who does vow to make a difference, and who does inspire or encourage others. Becoming a leader is not as hard as one would think and to become a leader, you must look inside yourselves.

If you are trying to or willing to find the qualities it takes to be a leader as a student and as a human being, guess what? I’m here to help. 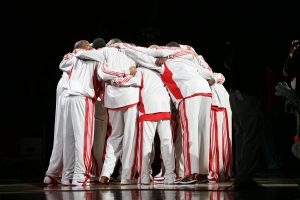 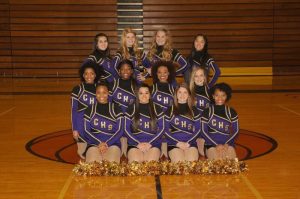 In high school, I was the captain of the dance team during my junior and senior years. Although in junior year I got severely injured, I still tried my best to attend every basketball game, every practice, and every competition. My teammates valued me for that, and although I was their captain, I did not put myself above them or value myself higher than them. My senior year was a little different because I was able to dance again and contribute a lot more. Being a controlling person, sometimes I came off a little harsh. However, the people who thought I was a bit too harsh were the same individuals who saw the motivation I was trying to give them and thanked me for it. Sometimes tough love is okay, but a great leader knows how to give that tough love and to whom to give it. Long story short, we won the Indiana Dance Team State Championship and my teammates thanked me for pushing them, thanked me for being there for them, and thanked me for being a great captain. Do you know what I did? I thanked them for allowing me to teach them what they did not know and for showing me what it means to be a leader in a positive and influential way.

Anyone reading this is a leader, and anyone you recommend this article to is a leader too. Follow the steps above and even take hidden advice from my personal experience if need be and I promise you, the leadership qualities in yourself will shine through!

Georgina, aka Gina, is currently a junior at IU, majoring in family studies and sociology. Raised in Phoenix, AZ and South Bend, IN, she couldn’t be happier to be at IUB! Her passions include dance, working out, cooking, and spending time with friends, bf,  family, and her cat Shadow. She plans to become a Marriage & Family therapist while working with issues like racism and inequality. Fun fact: she can’t start her day without a nice cup of coffee…or three, but who’s counting?